Pack the bag you prefer 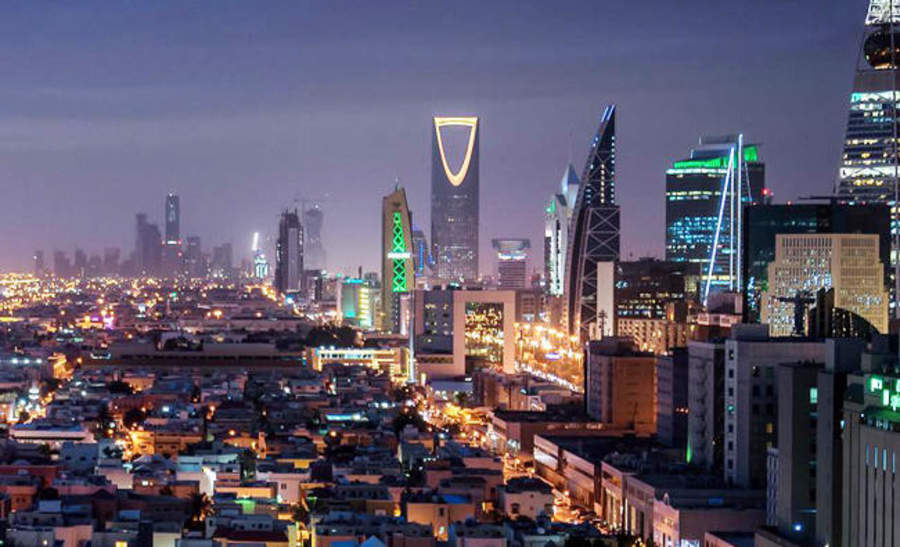 Today we will be welcoming you at the airport as our guide will be waiting for you holding a sign with 88Destinations on it , we will betaking you to your hotel where you can rest for a bit.

Welcome to Riyadh, the birthplace of modern Saudi Arabia, where old-world charm meets 21st-century vision. Riyadh Province – also known as Al-Wosta – is home to the country’s capital: a modern metropolis with a thriving financial and business centre, and a growing cultural scene. It’s a city rich in history, boasting myriad forts, palaces and museums, and some of the country’s most colorful souks. 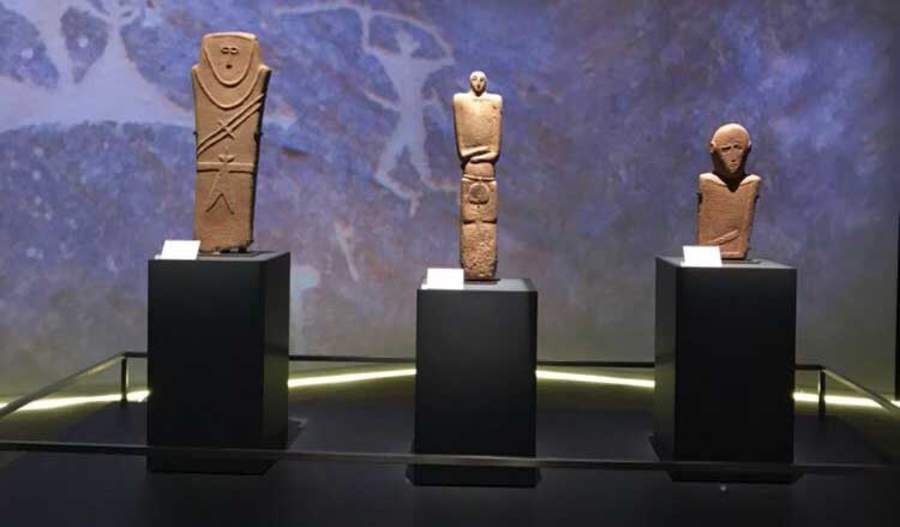 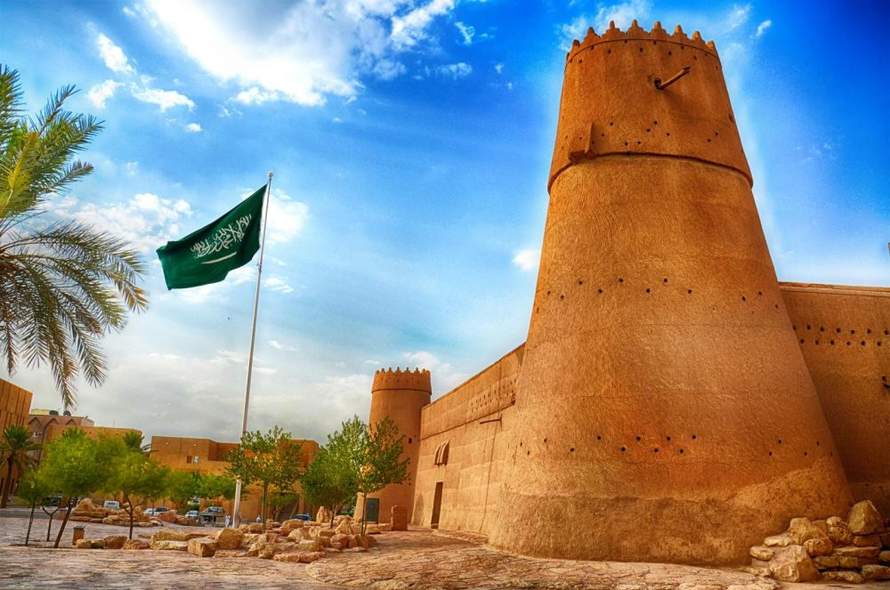 We will start our day with a historical brief about the capital of Saudi, In the National museum you will be discovering Saudi Arabia's rich past is an amazing journey that would bring you along thousands of kilometers around the whole Kingdom. An easier way to have an insight of Saudi Arabia's rich History is to visit the King Abdulaziz Historical Center in Riyadh where artefacts from all periods are exhibited and with explanations about their historical significance.

After our historical brief we will go see some by ourselves checking out Al Masmak Fortress ,Surrounded by sand, this squat fortification was built around 1865 and is like a scene out of the movies: a big fortress representing an empire. It was the site of a daring 1902 raid by Ibn Saud, during which a spear was hurled at the main entrance door with such force that the head is still lodged in the doorway. Highlights among the exhibits include maps and fascinating photographs of Saudi Arabia dating from 1912 to 1937, in galleries converted from diwans (living rooms). The roofs are covered with painted palm-tree, taramic and ethel wood and exude an old-world charm that evokes an Arabian painting. Inside, the information panels and short, chest-thumping films on the storming of the fortress and the ‘reunification’ of Saudi Arabia are reverential towards the Al Sauds but worth watching nonetheless.

In the same area and only in walking distance we will find our self in Souq Al-Zal which is one of the oldest traditional market. Then we will be heading to our lunch break in one of the famous traditional restaurants at Ad Diriyah , northwest of the city and the original capital of the first Saudi state is a must-see.

Its Al Turaif quarter, a carefully restored mud-brick district that was named a UNESCO World Heritage Site in 2010, offers a glimpse into the country’s extraordinary heritage.

After our lunch break we will go to check out the view of the sunset from the Kingdom Centre which is a 99-story, 302.3 m skyscraper. When completed in 2002, it overtook the 267-meter Faisaliyah Tower as the tallest tower in Saudi Arabia. It has since been surpassed and is now the fifth-tallest skyscraper in the country, It is the world's third-tallest building with a hole after the Shanghai World Financial Center and the 85 Sky Tower in Taiwan. The mixed-use tower was developed by Prince Al-Waleed bin Talal and designed by the team of Ellerbe Becket and Omrania, who were selected through an international design competition. It is situated on a 100,000–square-metre site and houses the 57,000-square-meter Al-Mamlaka shopping mall, offices, and luxury apartments. There is a 65m skybridge atop the skyscraper. The upper third of the tower features an inverted parabolic arch topped by a public sky bridge. Today we will be taking you in a 4X4 for an hour and a half road trip to reach the Edge of The World.

The Edge of the World (its real name is Jebel Fihrayn), one of Saudi’s most popular tourist destinations, got its nickname from the uninterrupted view of the horizon it offers atop its 300-meter-high cliffs, which overlook the surrounding plain. It’s part of the much longer Tuwaiq escarpment, and drops down roughly 305 meters into an ancient ocean bed. From the top of the cliffs, you’ll spot dried rivers weaving across the land and may even see camels moving far below — an ancient caravan route once passed through these grounds.The cliffs are the result of tectonic movement of the Arabian plate toward the northeast caused by the spread of the Red Sea rift 1,000 kilometers to the west of the Tuwaiq escarpment. The clear cut it carved reveals the layers of sediments that accumulated there when the eastern part of the Arabian Peninsula was a shallow tropical sea during the Jurassic period (150 million years ago). As you walk along the path, keep an eye out for fossils, a vestige of when the region was part of an ocean bed. As you’re capturing the views around you, take pictures of any fossils you may come upon, as you will not be allowed to take these artifacts out of the areaooden doors. Some still bear the names of the families who lived there.

Once we finish our tours for today we will be heading back to Riyadh to get some rest and prepare for tomorrow. After our short flight to Jeddah (an hour and a half ), we will check-in in our hotel.

Today we will explore and understand the country through its diverse and rich culture of food and people. We will start our tour in Al Balad as local call it which means “ the town” as reference to the base of Jeddah. Al-Balad was founded in the 7th century and historically served as the centre of Jeddah. Al-Balad's defensive walls were torn down in the 1940s. In the 1970s and 1980s, when Jeddah began to become wealthier due to the oil boom, many Jeddawis moved north, away from Al-Balad Al Balad is registered as a world heritage UNISCO site and since then the old buildings with its unique window designs and doors are being preserved along with its unique buildings which some have been built using sea shells and stones !.

The old buildings once housed the famous Jeddah families and hosted the founder the late King Abdulaziz when first entered Jeddah. Our tour will go through the history of these building including going inside one of the buildings to see the interior designs , furniture and life back then Will also explain the historical importance of some sites and locations while we wonder around the narrow streets to explain how merchants used to sell their goods and how pilgrims used to get their supplies of cloth and food before they head to Makkah through the Makkah Gate in Al Balad. The old Mosques is another tourist attraction where some were founded over 300 years ago and still functional as a mosque.

The main attraction in this tour is the food and snacks of Al Balad where we will pass by some famous vendors known to offer the best local snacks such as the local drink made of bread “ Sobia” and the old bakery which its famous for its fresh bread. Another local snack that consist of Bean and pickles “ Balilah”. We will stop for rest in one of the local coffee open air places and try famous local tea mixed with milk and herbs We will move to visit the center of Al Balad to see the first hotel built in Jeddah influenced by Italian architecture then pass by the first school built in Saudi. We will also visit one of the art houses and museum offering its unique local art collection and antiques. During this tour you will pass by many shops where they offer different merchandise such as perfumes, cloth, jewelry , antiques and souvenirs where you can buy and bargain ! we will also introduce you to some local shops to see some crafts being made such as the local sandals , perfumes and gold jewelry crafts. You will pass by different local communities within Al Balad which each community gather for tea and chat , kids playing around and street cats strolling for food ! the Balad spirit Finally at the end we will visit one of the local restaurants for dinner and try the famous local dishes such as Kabab , fish or liver with bread ! Jeddah is known to have one of the best corals around the world. For the last day, we will be spending the day on a boat cruising around the beach. Doing all water activities like snorkeling, diving, swimming, tanning and having a light lunch on the boat. Moving on, our major lunch would be at one of the famous and well known sea food restaurants. 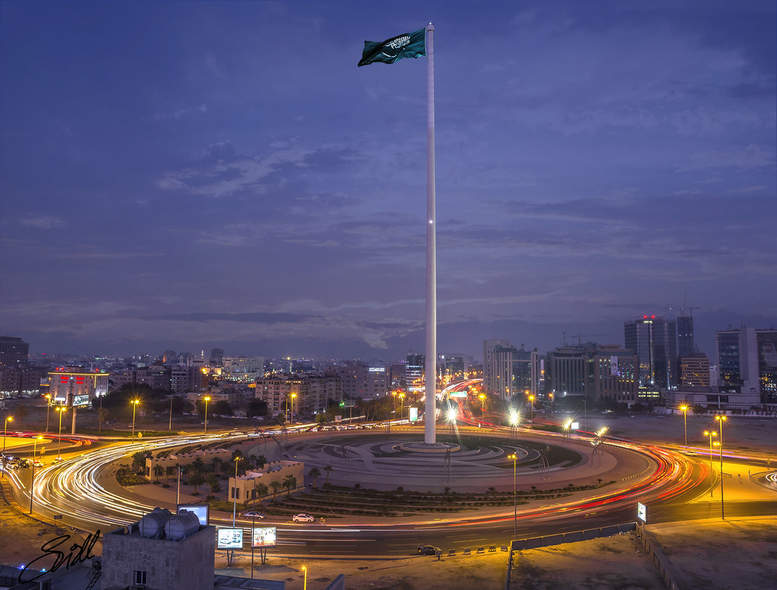 Today we will start our tour in the morning starting with The Tayebat Museum for a fascinating look into Jeddah’s long and cosmopolitan past, take an informative tour indeed the Tayebat Museum for a superbly curated representation of the city’s 2,500-year history. Located in the Al Faisaliyah district, the museum is housed in a multiroom complex that re-creates the traditional Hijazi architecture of the old city, with bay windows overlaid with intricate wooden lattice work and ornate coral masonry. With several floors of in-depth exhibits, the museum offers a living history lesson on the foundation of Jeddah, Saudi Arabia and the wider Arabian Peninsula.

There is also an entire floor dedicated to the city’s rich Islamic heritage. Before we move to the next tour we will have lunch in one of the local nice restaurants here in Jeddah that serves the famous traditional dishes in Jeddah, after our lunch we will start cruising around the city and make short stops in the most famous monuments like the world tallest flag pole, the world tallest fountain and the open air museum, then we will go towards the beach to see the floating mosque and Jeddah waterfront to enjoy a walk on the beach, this is our last stop before we take you back to hotel.

Our guide can give you tips about other places of your interest to spend the rest of the night the way you like.

Today where we say goodbye to beautiful jeddah , we will be dropping you off to the airport according to your flight schedule .

The Road to Al Ula

The Heritage Route - Riyadh to Jeddah

Dinner with a family in Riyadh